The public speaking fear – why it exists and what to do 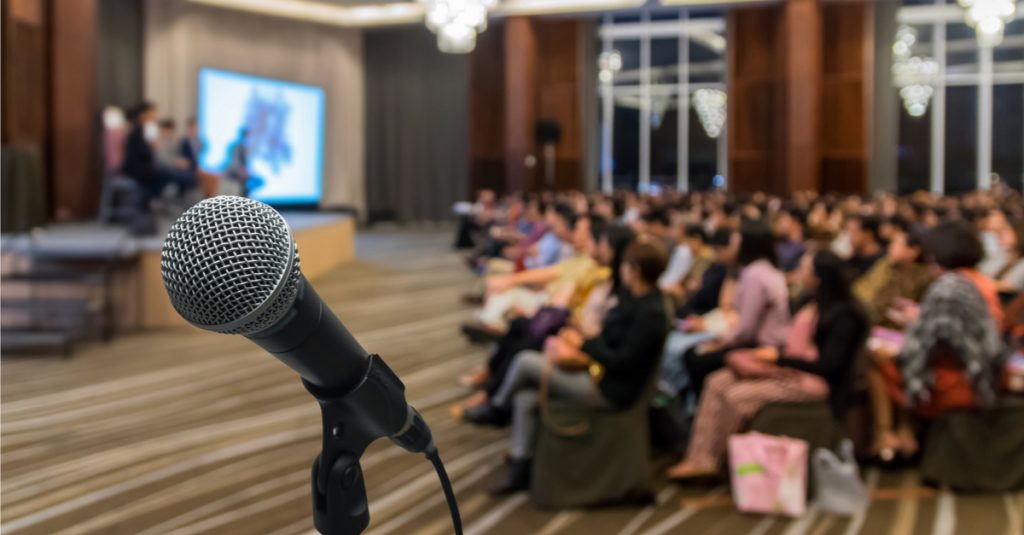 Public speaking is considered as the number one fear of the average person – number two being death! That means, to the average person, if you are to pick your role at a funeral, you would rather be in the casket than reading the eulogy. WHAT?!

Why is public speaking our biggest fear?

Academic researchers hypothesize that this intense fear of public speaking is a primitive characteristic.

Historically, when humans were threatened by large predators, living as a group was a core survival skill, separation would mean certain death. This may have evolved into our present fear of public speaking — and when broken down – makes sense. The main reason why people fear public speaking is because they fear public humiliation – public humiliation means being ostracised from a group of peers.

What can we do about our public speaking fear?

If you don’t allow your fear of public speaking to prevent you from taking the centre stage then you’re halfway towards winning. But, wouldn’t it be amazing, if you didn’t have to suffer before public speaking with anxiety, racing thoughts and other associated unpleasantries?

The best advice out there is to logically break down your fear. Write down what it is that scares you so much. For example, is it public humiliation? Is it fear of looking stupid?

If you’re scared of feeling humiliated during public speaking, then you need to realise the audience are on your side. They don’t want you to fail, fall, hiccup or forget your words. But even if you do, is it so bad? Think of the worst case scenario and become comfortable with it – prepare what you will do if you have to face your “worst case scenario”. Furthermore, relax in the knowledge that your audience can rarely ever tell if you are nervous unless, you make it really obvious by telling them or crying on stage.

If your fear is looking stupid – this requires digging a little deeper. This kind of fear stems from an insecurity that you are not good enough to be in your job. You need to start believing that you can handle the public speaking situation otherwise, why would you be picked to speak? If you have nominated yourself to public speak and you’re getting cold feet – you should know that public speaking is a core characteristic of leadership and those “less capable” would not have the courage to nominate themselves in the first place.

The moral of the story is “failure is having a goal and allowing your fear to prevent your first step”.

Be proud that you are pushing yourself out of your comfort zone.